May 14, 2014 Yainira Boria Cocaine Conviction and Brockton MA School Bus Hit and run  (Boston Globe)  Once Yainira Boria realized she had hit some children as she tried to drive around a school bus Thursday morning, the 38-year-old Brockton woman allegedly told police she stopped her car and got out to give them “kisses like a mommy,” according to a police report filed in court. But after she said she gave one child a hug and kissed others on their thumbs and their knees, police said she got back into the car and drove away, only to be arrested about 90 minutes later allegedly drinking a Genesee Ice beer outside a food mart on Legion Parkway. The Boston Herald called Boria "schizophrenic Brockton woman off her meds" who plowed into three children crossing the street to reach the school bus. Boria had previously been convicted for dealing cocaine to an undercover cop. 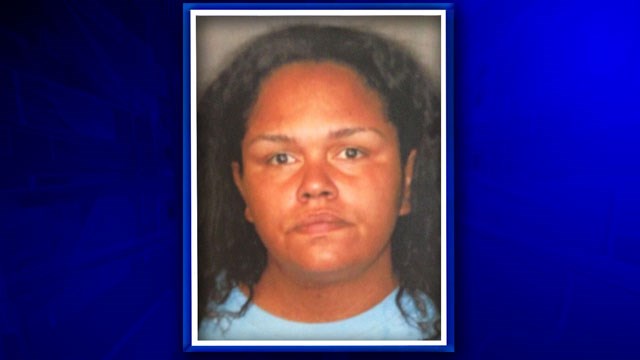 yainira boria on| LinkedIn Greater Boston Area - ‎Student at University of South Florida College of Medicine  COMMONWEALTH vs. YAINIRA BORIA .460 Mass. 249 April 5, 2011 - July 26, 2011 court concluded that in a direct appeal from a judgment of conviction of distribution of cocaine, second offense...  Commonwealth v. Yainira Boria - Mass.Gov  Jul 26, 2011 - Yainira Boria was convicted of distributing cocaine, second offense, in violation of G.L. c. 94C, § 32A. (d ), on June 27, 2006, and sentenced to five-year mandatory term of imprisonment (from five years to five years and one day).


houseofnames.com: The distinguised Spanish surname boria signifies a "native of Borja"
Borja is derived from the Arabic workd "burdz" which means "tower"


incident was the 11th time that a child has been hit by a vehicle in Brockton this year.

Aug. 15: Nazaire Nunes-Escobar was struck and killed by a tractor-trailer while he was rollerblading on Battles Street. The Rollerblades were a gift that Nunes-Escobar had received for his 12th birthday, which he was celebrating that day.

June 10: Joseph Ashcraft was holding the hand of his 3-year-old daughter, Caitlin, as they crossed Main Street when they were suddenly knocked to the ground by a school van. The two were shaken up, but uninjured.

June 27: Jenayhea Pascal, 7, was crossing from the Hancock Elementary School to 124 Pearl St. when a white Mercury Mountaineer traveling south went around a car that had stopped for the pedestrians.

June 2: Mhaleeya Moncoeur, 3, of Brockton was flown by medical helicopter to a Boston hospital after the child was struck by a car on Fuller Street while running to an ice cream truck.

May 15: Three students, ages 6, 7 and 8, escaped serious injury when a car allegedly driven by Yainira Boria hit them while they crossed the street to catch their school bus on Warren Avenue.

April 23: A 10-year-old child riding a bike in Brockton was struck by a car at the intersection of Glenwood and Spring streets. The injuries were not life-threatening

April 9: Zeydan Fortes, 6, was struck by a car while crossing the street with his mother and brother outside his house on West Chestnut Street in Brockton.

April 2: Victor Gomes, a 7-year-old Angelo School student, had his leg broken in two places after he ran into a moving car on Main Street. Police later issued the driver a citation for leaving the scene.


Heslam: Brockton parents rocked as driver hits son, two others Friday, May 16, 2014 By: Jessica Heslam Six-year-old Larry DaSilva said he just closed his eyes as the car that authorities say was driven by a schizophrenic Brockton woman off her meds plowed into him and two other children as they crossed the street to their school bus. The collision sent the first-grader and his race car backpack flying six to seven feet in the air in front of his horrified father, knocking off his Air Jordan sneakers, one of which become lodged under one of the car’s wheel
Posted by Oliver Grant at 8:39 AM